Things we never knew about golf 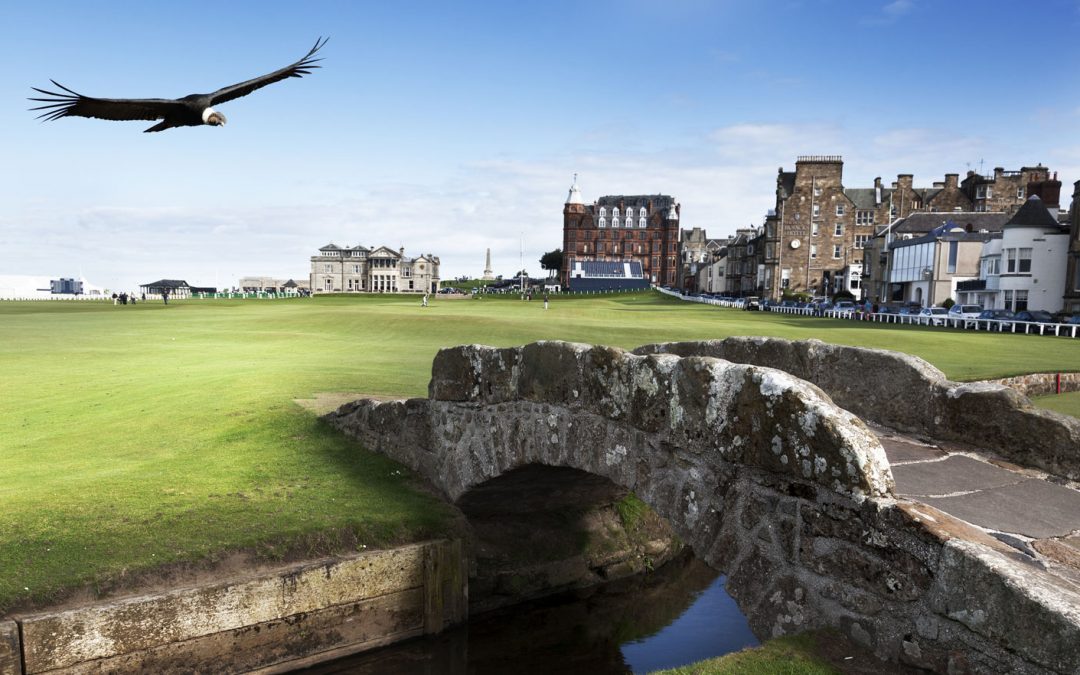 I like unusual facts, and although I have been playing golf for a long time, I still come across interesting facts that I didn’t know. Here are just a few of them.

4 under for the hole

Scoring a hole in one on a par 5 or taking two on a par 6 is called a ‘condor’. Only five condors have ever been recorded, two of which include Kevin Pon, who just last December condored a par 6 at Lake Chabot, California, after hitting a 540-yard drive with the help of a friendly cart path. Shaun Lynch did the same on a dogleg par-5 at Teign Valley Golf Club near Exeter, England, in 1995.

Augusta’s 19th was outside the clubhouse

Originally Augusta was designed to have a 19th hole – a real golf hole, not a bar – giving losing golfers a chance to win their money back on a quick double-or-nothing basis. This hole was to be 90 yards long and the tee was situated behind the original 18th green, now Augusta’s 9th green.

St Andrew’s 23rd was in the clubhouse

The Old Course at one time had 22 holes, 11 out and 11 back. In 1764, the Society of St Andrews Golfers, which later became the Royal and Ancient Golf Club, decided that some holes were too short and combined them. This reduced the course to 18 holes and created what became the standard round of golf throughout the world.

Laura Davies won her first LPGA tournament on 28 July 1987 at Plainfield Country Club in Edison, New Jersey, winning $55,000. It just happened to be the US Women’s Open. Scott Simpson, the 1987 Men’s US Open winner, won $150,000 that year. Davies’ win led the LPGA to amend its constitution: because Davies was not a member of the LPGA Tour, the LPGA changed its rules to grant her automatic membership. In 1994, she became the first golfer, male or female, to win on five different golf tours in one calendar year: US, Europe, Asia, Japan, and Australia.

The word “caddie” or “caddy” appears to come from the 17th century French word ‘le cadet,’  meaning ‘the boy’ and is pronounced cad-DAY. Mary Queen of Scots, a keen golfer, had lived in France and used ‘cadet’ to refer to her club carrier. The word “caddie” came to mean a general-purpose porter or errand boy in Scottish towns in the 18th century.

Wie are never too young

Don Dunkelberger was 11 years, 11 months and 10 days old when he teed off in the first round of the 1937 Chicago Open. And after shooting 103, he withdrew from the tournament. Michelle Wie therefore could be said to be the youngest golfer to fully compete, as she played in the 2004 Sony Open in Hawaii at 14 years, 2 months, 29 days, just missing the cut.

The longest putt ever made in the history of golf – at least as verified by Guinness World Records – is 395 feet. The putt was made by the Australian YouTube trick-shot team, on the fifth hole at Point Walter Golf Club in Australia in February 2017.

The longest putt outside a golf course was allegedly made on Concorde. The late Jose Maria Olazabal apparently hit a putt 150 feet in the cabin, but with Concorde’s speed at 1,270 mph the ball travelled 9.232 miles.

It’s not always who you are

On 7 February 1962, on the LPGA at the Royal Poinciana Plaza Invitational, a two-day, four-round event, the winner posted a total score of 5-under 211 to defeat Mary Kathryn “Mickey” Wright. The victor, Sam Snead, was credited with an unofficial LPGA victory. To this day, he remains the only male golfer to claim a title on the ladies’ tour.

Each year, around 125,000 balls are hit into the water on the infamous, island-green, par 3, 17th hole on the Stadium Course at TPC Sawgrass in Florida. The good news is that they do have a huge selection of Lake Balls going cheap in their pro shop.

Play well when you can

Do you know any strange facts or golfing oddities? Let us know in an email to contribute@puttbandit.com and we’ll mention the best in our newsletter.

PuttBANDIT Ltd is not in any way affiliated, endorsed by, or connected to other brands or websites that we may mention in our communications. Some of the ‘facts’ mentioned in this blog may have alternative explanations.