Don’t miss those short ones 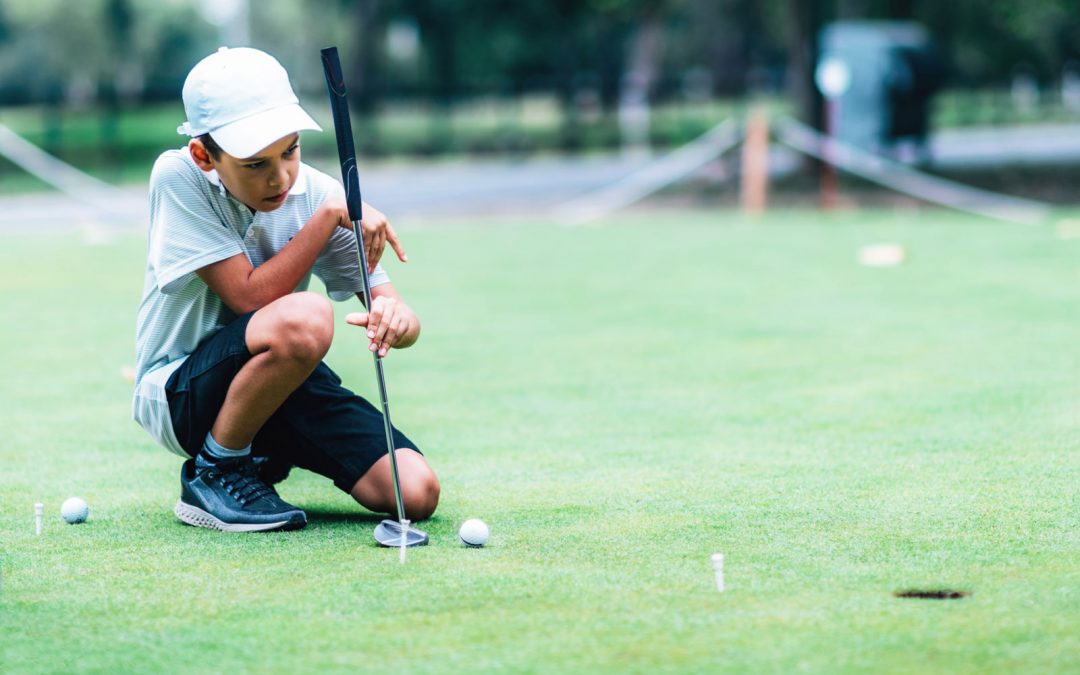 I have to admit that the most frustrating thing for me is to miss a very sinkable short putt, or worse, a tap-in. We’ve all done it. Thankfully I do that less often these days but when I do miss a short one it’s very annoying because I’ve wasted a relatively easy shot saving opportunity.

Picture this – and I do quite often. I’ve aced the drive a bazillion miles – Tiger line – position ‘A’. Bryson is 30 yards back in the untrampled rough – not happy – rules official summoned. My approach 3 iron was an awesome sight – subtle draw, members bounce and then rolled up to 3 feet from the pin. The Golf Channel pundits are already discussing the implications of my potential Eagle on the rest of the chasing pack. And then I MISSED the putt sliding the ball a foot past! [SCREAMING SOUNDS OFF]

How totally annoying is that? All that hard work (luck) for just a measly birdie. Amazing drive, fantastic approach and then I missed the easy bit. How did that just happen? The speed was fine but I got the read or the starting line wrong or both. Now back to the real world where frustrations can get worse with the dreaded 3 putt.

When it comes to those super annoying, card wrecking three putts, there’s one thing guaranteed – it’s the second putt you miss and it’s often a short one with a break. Few golfers like us would realistically expect to sink a long first putt. When we do it’s a joyful moment. But if we could get a long putt within 3 feet I reckon that’s pretty good. It’s when we miss the subsequent 3 footer that it gets really frustrating.

Practicing distance/speed and starting line judgement on putts inside 3 feet, was an effective way for me to reduce my frustrations and build confidence. Of course we’d really love to be able to sink those long ones but that’s increasingly hard the further you get from the hole. Too many variables to judge and rapidly decreasing margins for error. But if you can consistently sink more putts within 3 feet, it’s going to help.

Because I really don’t like missing short ones, before a round, I practice those 3 foot putts all around the hole from 12, 3, 6 and 9 o’clock positions for different breaks. I use a PuttBANDIT to help me set the line on the ball down my judged starting line. That stops me rushing it. My objective is to sink the putt but if I don’t, the consolation prize is to see the putt miss 1 foot past the hole. At least I know the speed was good but I didn’t hit the ball down the right starting line.

Reading the greens, judging the speed and setting the correct line aren’t easy, but in theory, they should get easier with more experience and less distance. That’s why I’m so frustrated to miss the short ones. But if you can judge the break and get the speed right, what’s left is getting the initial starting line of the ball correct for the required speed and slope. And helping to set the ball off down a chosen starting line is why we developed the PuttBANDIT ball marker.

Hoping you play well – and soon

Missed a few short ones? Email your short putt experiences to contribute@puttbandit.com and we’ll mention some of the best in our monthly newsletter.

Paul Hart is a founding director of PuttBANDIT Ltd, co-inventor of the PuttBANDIT Ball Marker and enthusiastic improver. Paul currently has a handicap index of 10.7 and not bad within 3 feet.