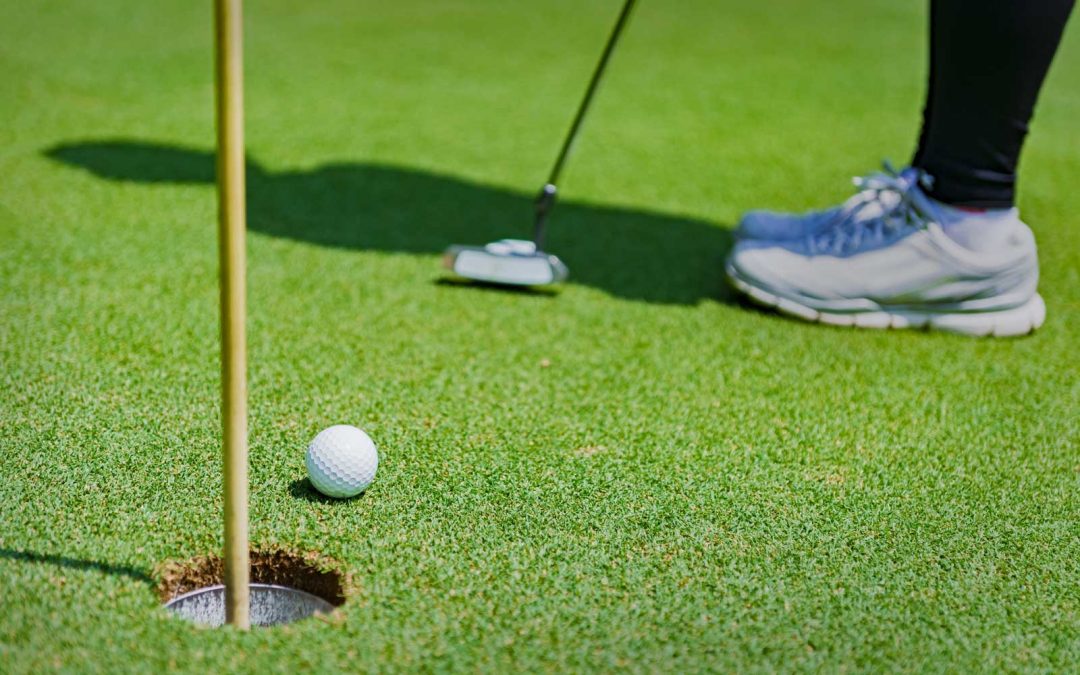 I can only imagine how it feels to go from the brink of defeat to the total relief and joy of winning that Ashleigh Buhia experienced as she sank a one-foot putt to win the 2022 AIG Women’s Open after four tense playoff holes. It was a nail-biter.

Keep calm and carry on

Buhia had not had a great final round, dropping 4 shots from a 5-shot head-start and dropping three of them with a visit to a bunker and the rough twice on the 15th. That must have shocked Buhai.

“How can I score 64 on Saturday, play pretty well and then have a shocker hole,” the South African must have thought. We’ve all been there, except for the 64. But somehow she kept calm as three-time major winner, In Gee Chun from South Korea, closed in fast and she’s very good at winning.

And so it came to a play-off, the golf equivalent of a penalty shoot-out at the World Cup after extra time. Always hard to watch, even for a neutral. Dusk was fast descending on Muirfield, and the shadows were getting as long as the buggy ride back to the 18th tee.

It was going to be up-and-coming Chun, Rolex ranked 10, versus recovering Buhai ranked 27. The bookies were not on Ashleigh’s side.

After three trips back to the par-4 18th tee, it was still all square. Buhai missed a long birdie putt by an inch that would have won it. So frustrating. So back on the buggy, the seat still warm.

On the fourth play-off hole, Chun found deep sand off the tee. All she could do was get it out, spit sand and then find the green with her approach. Advantage Buhai, for about a minute.

Not the bunker, again

Buhai’s approach fairway metal landed in a ring bunker, right of the green at 9 o’clock to the pin, but not close. She’d done the same a few play-off holes earlier. She wasn’t pleased. And then she splashed out with an incredible shot that rolled to within a foot of the cup. Absolutely amazing.

Now it was Chun feeling the pressure with the putt making stats against her. She had to sink it a long one to stay in it. She did not. But to her true professional credit, she had a broad smile of acceptance as she tapped in. She’d had her chances earlier in the day. It was now Buhai’s to lose.

All of a sudden, a one-foot putt became the longest of Buhai’s whole career. Shorter putts have been missed, but let’s not ponder on my last round. In a second, all the stress and tension vanished down that hole. Buhai had won her first major. Her husband couldn’t hug her long enough and the tears came, not just from me.

What I admired about Buhai’s win was her ability to stay calm and focussed under extreme pressure and after a few very frustrating shots – the mark of those who overcome and control their golfing emotions and close it out to win. I just can’t do that, the keeping calm or the winning, but wish I could learn. It’s the inner mind-game of golf. You don’t see many YouTube influencers focus on that.

Paul Hart is a co-inventor of the PuttBANDIT ball marker and enthusiastic golf improver trying to keep calm when things don’t go well.