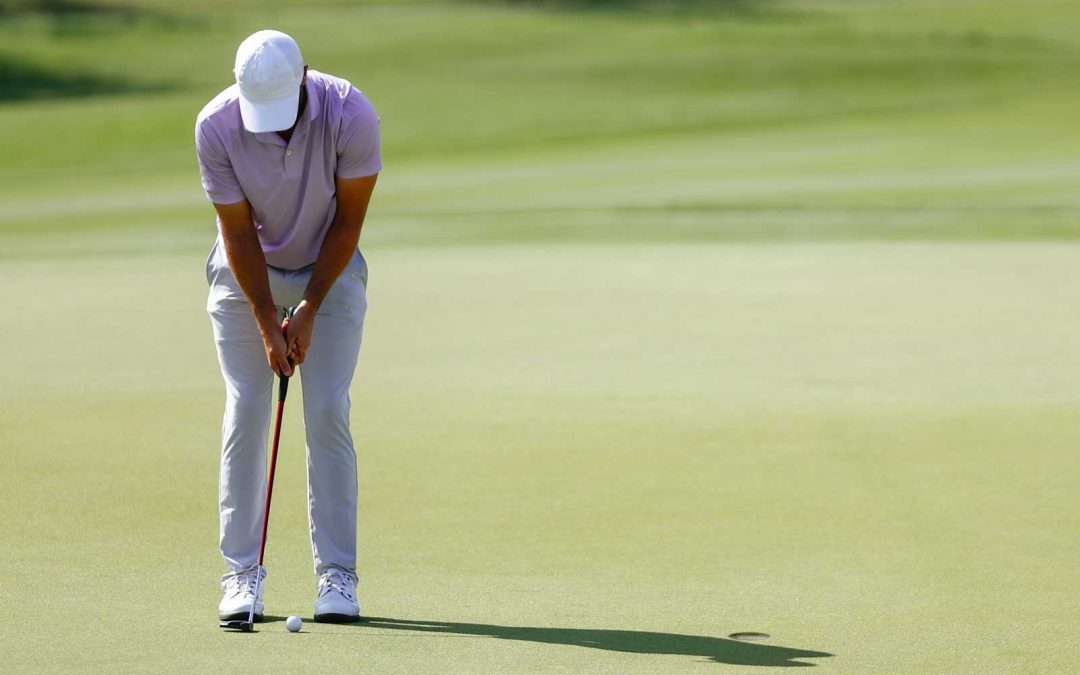 Last month I wrote about the one-foot putt that separated Ashleigh Buhai from her first career and major win at the AIG Women’s Open. She sank it with style. If it were me, on my recent performance, I would have missed it, and the next one. I’m not confident about the one after that, either. I think I’ve developed the yips on really short putts. The fear of missing.

I think I have the yips

I have no problem on longer putts when make percentages are low. My PuttBANDIT ball marker helps me visualise and target my line, and my speed is pretty good. It’s the putts from 2 feet where I get nervous and twitchy.

The balls lined up for any break, the putter’s square to the line, and then something causes a miss past the hole. It’s embarrassing and disappointing, and it makes me anxious. A negative vicious mental cycle. But I’m going to find the cause and cure it—and I’ll share them with you. 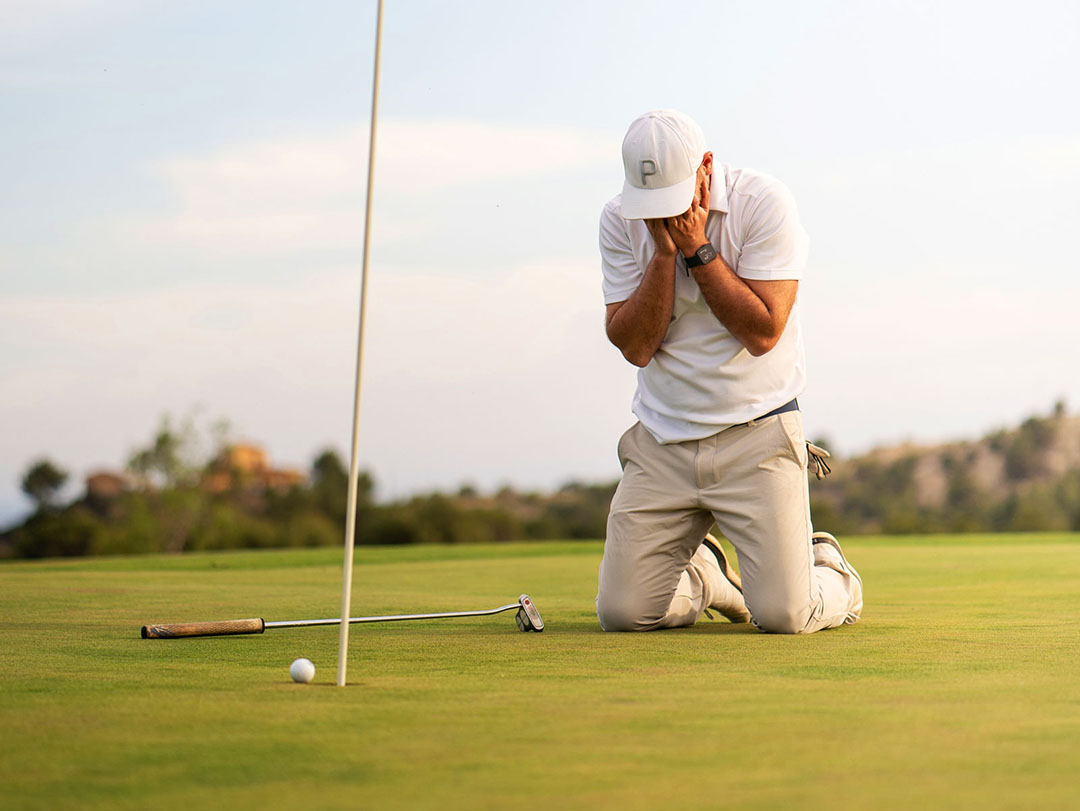 During my last round, after a 2-week break in the USA and not playing any golf, I took 9 excess putts, all of them within 2 feet. I even had a 4-putt! To admit I have a short putt problem isn’t easy.

Long putts get close with good speed and alignment, but within 2 feet I have a problem. I get nervous and twitchy. It’s all in my head. I have started to fear missing short putts. The more I try not to miss, the more I miss them.

This started happening two months ago when Neil and I started to get focused on getting to single-figure handicaps by the end of the year. Two pressurised goals, a time-limited performance target, and brotherly rivalry. All of a sudden I had some poor putting rounds interspersed with a few decent cards. What was going wrong?

Was it my speed, technique, or putter path? Or do my eyes need testing? I even considered buying a new putter! And so began the downward spiral: looking for reasons, focusing on my faults, lacking confidence. All of it just increased my anxiety. And you know how good anxiety is for putting.

A bad workman blames his tools

Having put the blame squarely on my putter – it just couldn’t be my fault – I went shopping for a new one. Always blame the tools. And then reality struck. “How much? Have you seen the price of putters lately?”

A can of black enamel spray paint later, my well-used and battered TaylorMade Spider X had a new, classy, fault-free look, and I was £180 better off.

And to my pleasant surprise, it worked, much to the disgust of the world’s leading putter brands. “If this gets out, we’re ruined,” I hear CEOs shouting.

My next round, sponsored by ‘PuttBANDIT Putter Paints,’ was promising. I putted really well. No three-putts, a couple of long singles, and no short misses. Job done, or so I thought. Oh, what a tangled web we weave, when first we practice putting to deceive.

During my trip to the West Coast of the USA, I stopped by the PGA Tour Superstore in Palo Alto, California. Kid in a sweet shop. Happy days. I naturally went straight to the huge indoor practice green and tried one expensive putter after the other, sinking putts like Cameron Smith or Patrick Cantlay from any distance you like. I was on fire. “Maybe it really is my putter,” I started to think.

And then, a few days ago, I had my putting shocker. If only I’d spent that $600 on that matte black milled blade. But I knew it wasn’t my spray-painted Spider X that was the issue. It was me.

It happens to the best of them

Some of the best golfers in the world, who can afford any new putter they like, have suffered from short putting or chipping nightmares and then recovered to higher levels of performance. They are great putters and chippers, and then something happens. But what?

The list of those pros who’ve recovered from the yips is long and star-studded. But what about the likes of golfers like you and me? Who don’t have personal coaches, sports psychologists, or equipment sponsors? Who have nothing but time on their hands?

The search for a cure begins

I’m betting you’ve had similar yippy issues too. I’m sure Tiger is reading this blog and nodding in agreement. So I’m going to research the yips and report back on the causes and the cures the pros found, what the putting and mind coaches advise, and summarise what I learn in this mini-series of blogs. And I’ll try out their advice on the course over the next weeks and maybe do some videos too.

You really don’t want to miss this one. Sorry. Not helpful.

Putt well and better than me

Paul Hart is a co-inventor of the PuttBANDIT ball marker and enthusiastic golf improver researching the causes and cures for putting yips.